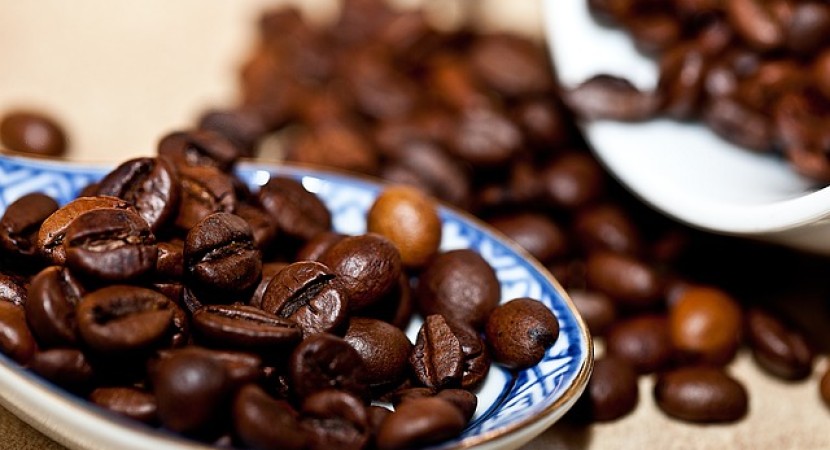 With a gourmet cup of coffee costing almost as much as a luncheon sandwich these days, more and more people are making their coffee at home from an "old fashioned" drip coffee machine. Thanks to Starbucks and the other vendors out there, coffee from a can or a jar just doesn't work anymore. Coffee has become the second most valuable item of international trade, just behind petroleum. Worldwide, coffee lovers drink 2.25 billion cups a DAY! To satisfy that thirst, the world's coffee growers, each year, produce about 6 million tons of green coffee beans and ship them to thousands of coffee roasters around the globe. People who drink coffee range from those interested only in the caffeine "buzz," to the true aficionado, who, like wine connoisseurs, are concerned with color, taste, quality and aroma.

Whether you order a cup a "joe", some hot "java" or a caffe macchiato, the primary ingredient remains the coffee bean. Coffee begins on a tree in a warm climate where rainfall is about 50 inches a year, the soil is well drained and preferably volcanic (this is why Hawaiian Kona coffee is so highly prized). The fruit of the coffee plant is called a "cherry" and is appropriately red in color. The heart of the cherry, generally two beans, is separated from the husk by hand and then air and sun dried. Separating the bean from its outer husk, called "hulling" is done either mechanically or by hand. These green beans, as they are now known, have a shelf life of about two years.

The mythical story on the discovery of coffee and its use by human beings, involves an Ethiopian goatherd named Kaldi. Kaldi watched in awe and amusement as his flock behaved very strangely each time they ate the bright red fruit from a special plant. He tried the berries and found himself suddenly alert and full of energy. The following day Kaldi reported his experience to a Muslim holy man at a nearby monastery who later gathered some berries which he found to have a bitter taste. Hoping to improve their flavor he roasted them in a fire, crushed them with a stone and boiled them in water. Almost immediately after trying his new concoction, his brain became more active and he was able to stay awake all night without being tired in the morning. News of this miracle berry drink spread rapidly throughout the Middle East and by the 16th century, European travelers were praising the drink in their journals. The secret was out!

Most gourmet coffee is produced from Arabica beans which results in a coffee rich and full, providing an intense and fulfilling taste experience. Unlike Robusa coffee, which is considered inferior in taste, aroma and body, Arabica beans grow at higher elevations which means that they take longer to mature thus allowing the beans to produce more of the oils which give coffee its remarkable flavor. With tastes including caramel, chocolate, nutty, earthy, spicy or even floral, gourmet coffee has something for nearly every palate.

It is the roasting process, however, correctly described as both an art and a science, that is essential to the outcome of any coffee. Roasting gives coffee beans their characteristic dark color and intense aroma. The heat cracks the beans, releasing the rich oils hidden inside. Roast at a temperature that is too low, and the bean becomes sour. Roast at too high a temperature and the bean is burnt with a the taste of wood ash. The darker roasts produce the espressos, while the lighter roasts yield the more mellow morning coffees.

Grinding the coffee, another critical phase in preparing the "perfect" cup, should be done at the last possible moment, just before brewing. Utensils should be clean and the water cold and untreated. A good rule of thumb is a ratio of about one tablespoon of ground coffee to every six ounces of water. Of course individual tastes vary, so adjust accordingly.

The Internet is a tremendous source for the refined drinker of gourmet coffee. In addition to buying the world's greatest beans online, there is easy access to the miscellaneous accessories necessary to prepare the ideal beverage. Coffee can be both a food and a pleasure and with a little online help the perfect ingredients can be easily gathered.

P.S. In Italy, espresso is considered so essential to daily life that the price is regulated by the government.

Larry Denton is a retired history having taught 33 years at Hobson High in Hobson, Montana. He is currently Vice President of Elfin Enterprises, an Internet business dedicated to providing information and resources on a variety of topics. For an urnful of information, trivia, history, tips and advice about coffee, or if you are looking for a special gift, coffee accessories, or a unique coffee recipe visithttp://www.coffeefolks.com
Tweet Pin It